The ride was initially organised by a small band of enthusiasts working with ILDRA to try and establish a local International and flagship ride for the Island of Ireland. Many many hours driving and walking the countryside and talking to local farmers and landowners were invested in the Autumn and winter of 2013/14 to establish what is now the core 32km loop. It involves open countryside and farm land, Old disused Railway tracks, forest, farm lanes and tracks, sme local gallops including part of the original Downpatrick Recourse dating back well over 300 years to 1685, and of course beaches, miles of beaches.

The first year it was held earlier in the year than it now is and we had awards for the best Shod, a Pony Club Event, Riding Club and Schools Competitions as well as an RDA ride. Special awards were also there for Barefoot, Bitless, Sidesaddle and Western.

Early in the season the going was challenging in places, especially some of the grass (well mud) tracks in the forest but the whole ride was a phenomenal success with 99 horses competing at the various levels. The seed was sown.

The Venue itself was made for the ride, 100 stables on site, easy access to the local countryside and the 32km loop we had developed as well as hand from the local ports for international riders to get here. A race track for the finish – what more could one ask for.

We currently have over 45 Landowners and farmers who work closely with us and without them we just would not have a ride at all – we own them all a huge debt of gratitude.

In 2015 we moved the date back to June, our dates are controlled by various factors such as Racedays at Downpatrick, Training days on the ranges at Ballykinler and of course the Tides. These all go to make a complex jig saw when we try and facilitate other rides and required rest periods etc for our competitive riders and horses.

The June date worked and we had the fill schedule of FEI and National rides including Pony Club Area Chanpionships and much much more. Some access was more difficult as a lot more stock were out at grass and crops were everywhere meaning we needed additional co-operation from out framers and landowners. This was forthcoming and we thank them all for the support - which continues to this day.

2016 saw some big changes to the ride - we moved it back further to the start of September, dropped the full international FEI classes due to low level of entries but we also hosted the Home International and Celtic Challenge competitions. A friendy competiton between teams from Scotland, England, Wales and Ireland and hosted by each on a 4 year rota. This meant stepping up to a two day format to include several 2 day rides including a 2 day 160km (100 mile) class. The arrival of teams of 12 riders + reserves and all the crews, familes and followers-on again increased the scale of the event with riders being on site from the Wednesday before the ride and full hospitality events being run on the Fri (Farmers BBQ and Opening Ceremony at the Racecourse for 150+), Saturday (meal in local pub in Downpatrick for 120+) and Sunday nights Prize Giving Dinner and Céilí Dance (over 200 attended) going on into the early hours.

Our history section will be further added to as the site develops.

Some of the Farmers and Landowners at the prize giving dinner in 2014, the 1st year of the ride.

From humble beginnings in 2014

From an idea to run a ride a little bit differently than the normal rides here in Ireland!

To scale it up a bit and make it International!

To involve as many horsey people as possible!

Make use of the stunning beauty of the County Down coutryside! 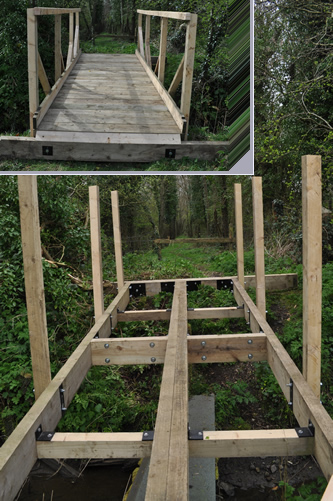 We even had to build 2 bridges in year 1